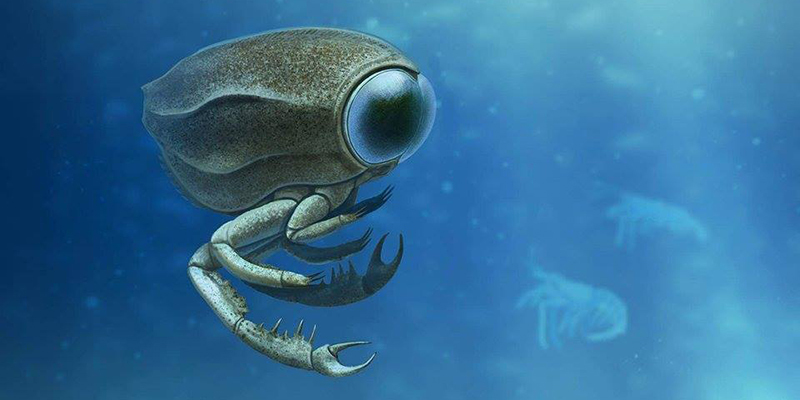 All eyes on me: Jurassic crustacean had largest peepers

All Posts
It may not be the biggest marine monster of the Jurassic but the mammoth eyes of Dollocaris certainly make it the most adorable.

The Age of the Dinosaurs was also a time of strange marine animals. We all love the virtually sea serpent-like marine reptiles and giant fish of the era but plenty have been overshadowed by these leviathans. Recently, a much smaller animal has revealed itself to the world. Its name is Dollocaris. It may not have been famous before but Dollocaris certainly deserves attention. A recent study by Jean Vannier from France's University of Lyon and a few colleagues reveals why you absolutely must know this cute creature.

Dollocaris is certainly one of the strangest marine animals of the time. It was most certainly a predator, with spiny grasping legs to snag its fast-moving prey. But it is not these pincers that made it so unique. Instead, Dollocaris had more lenses in its eyes than any other animal with compound eyes. But this kind of eye is hardly unique to this animal.

The compound eye has been in existence since the Cambrian Explosion half a billion years ago. Dollocaris has over 18,000 lenses, a number only surpassed by modern dragonflies. Vannier adds that this may have made the animal an entirely visual hunter. Whether or not it saw in color is not known but the compound eye was so good as an adaptation that it is found in today’s insects and crustaceans. The French team also discovered that the animal’s eyes were truly enormous. Not only were they filled with lenses that gave Dollocaris a panoramic view but they were also a quarter the length of the creature itself. 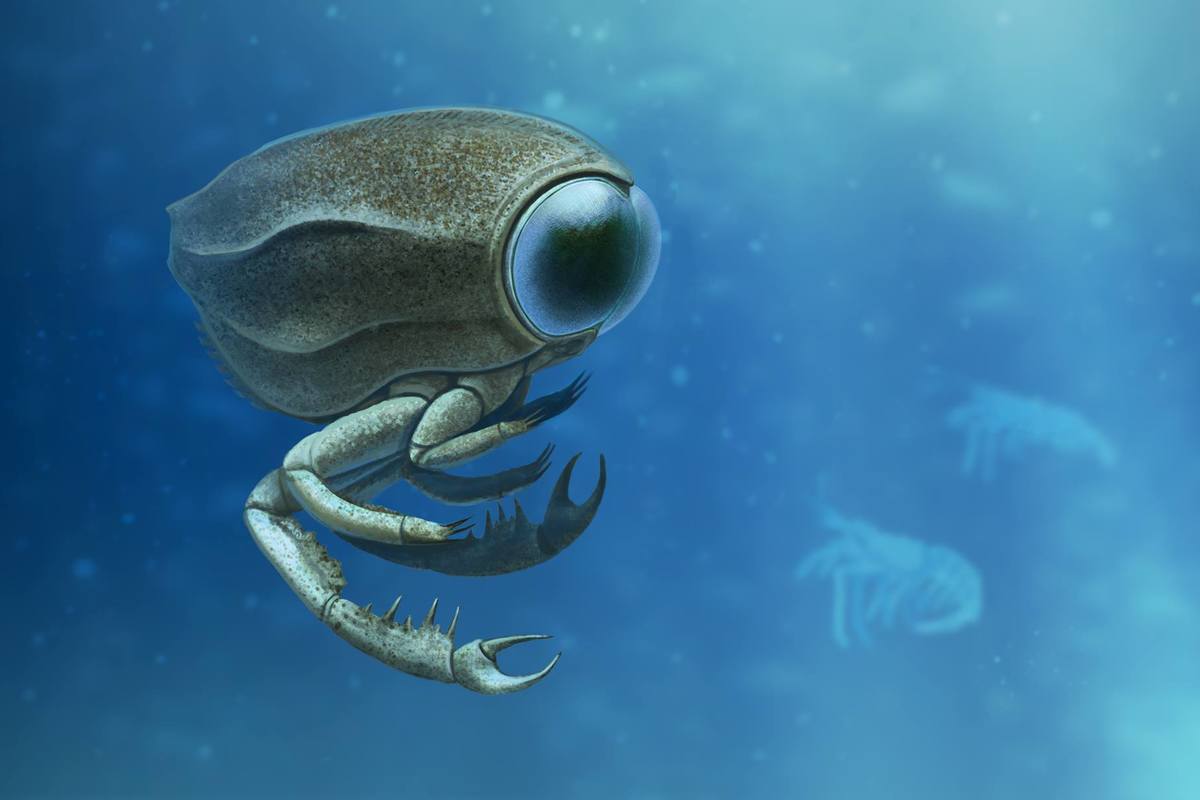 Dollocaris ingens
Each of Dollocaris' eyes was a full one-fourth of its body length.
Andrey Atuchin

Earlier researchers had been unable to deduce what these massive structures were. stomach-like organs or even so-called ‘cephalic sacs’. This was soon settled by the discovery of new fossils and especially that of animals like Dollocaris with the most prominent eyes. It is even possible to pick out the individual retinula cells in the fossilized eyes.

Dollocaris hails from the Middle Jurassic of France, specifically La Voulte-sur-Rhone. Its fossils have been found in rocks roughly 163 million years old. The excellent preservation of smaller marine animals of the time makes this locality unique. These include some of the earliest octopuses and some wonderfully preserved squid, as well as clams, shrimp and brittlestars. All in all it was an environment low in oxygen, situated in a shallow seabed, an area of soft sand and mud. The unique conditions of the area allowed the fossilization of soft-bodied animals which might ordinarily decay quite rapidly.

Dollocaris was a swimming animal that used a set of tiny beating legs for propulsion. It was however, not a strong swimmer and was likely an ambush predator that hunted in murkier waters, hidden among rocky reefs. It was roughly 20 centimeters long in maximum length, similar to most large prawns today. It certainly had a shell, and while it looked like a prawn or shrimp it was not. It was only a distant relative of crustaceans called a thylacocephalan. These animals have an incredibly long history in the fossil record, spanning a record 400 million years. They died out when the Mesozoic Era ended. Even among such alien-looking animals Dollocaris is certainly one of the stranger members of its family.