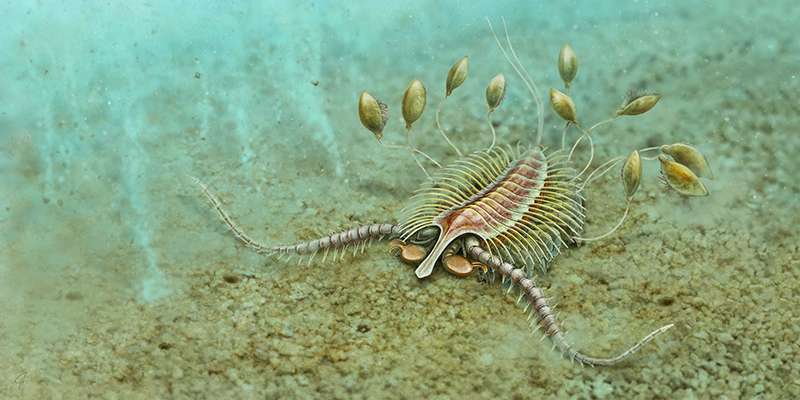 Extinct sea creature's fragile babies hung on by a thread

All Posts
One of the best mothers in nature was not a devoted mammal or bird but rather a spineless, hard-shelled and somewhat spiky ancient arthropod that swam the oceans 430 million years ago. Nicknamed the “Kite Runner”, the odd beast held onto its young with thread-like bodily tendrils.

Khaled Hosseini’s award-winning 2003 novel The Kite Runner has the strange claim of lending its title to an extinct arthropod that protected its young by making use of numerous tethering threads. The new fossil, dating from the Silurian Period, was uncovered in the volcanic deposits of the Herefordshire Beds in the English midlands. It was discovered and described by an international team comprised of scientists from Leicester University, Oxford University, Imperial College London and Yale University. Professor Derek Briggs of Yale led the study. To the scientific community this ancient marine invertebrate is called Aquilonifer while the rest of the world has affectionately dubbed it the “Kite Runner”.

The finding was published in the Proceedings of the National Academy of Sciences on April 4. Briggs explains that it was the animal’s shape that prompted him to name it as such. The creature has a flattened, centimeter-long spiny body and a pair of immense feelers. It beat its legs in order to swim, somewhat like a larval crab. Yet there was another strange quirk in the animal’s body plan and behavior. The scientific name Aquilonifer spinosus translates as “spiny kite-bearer”, and the researchers chose this name since the excellently preserved fossil of the mother came with the young tethered to her body. This string-based protection reminded the authors of a number of kites attached to one larger kite. Briggs notes that no other animal in nature uses this strategy to protect its young, neither living nor extinct. And not only does she have 10 juveniles attached to her but these offspring are also in three stages of development.

This is not the first time, of course, that the Herefordshire Beds have revealed something strange. These beds are full of tiny microfossils, the remnants of very small marine animals like plankton, snails, worms and other invertebrates that date back to the Silurian. All these tiny marine creatures had been choked to death and buried under falling volcanic ash from numerous eruptions, thus preserving them in excellent detail. This includes, of course, the fossil of Aquilonifer. 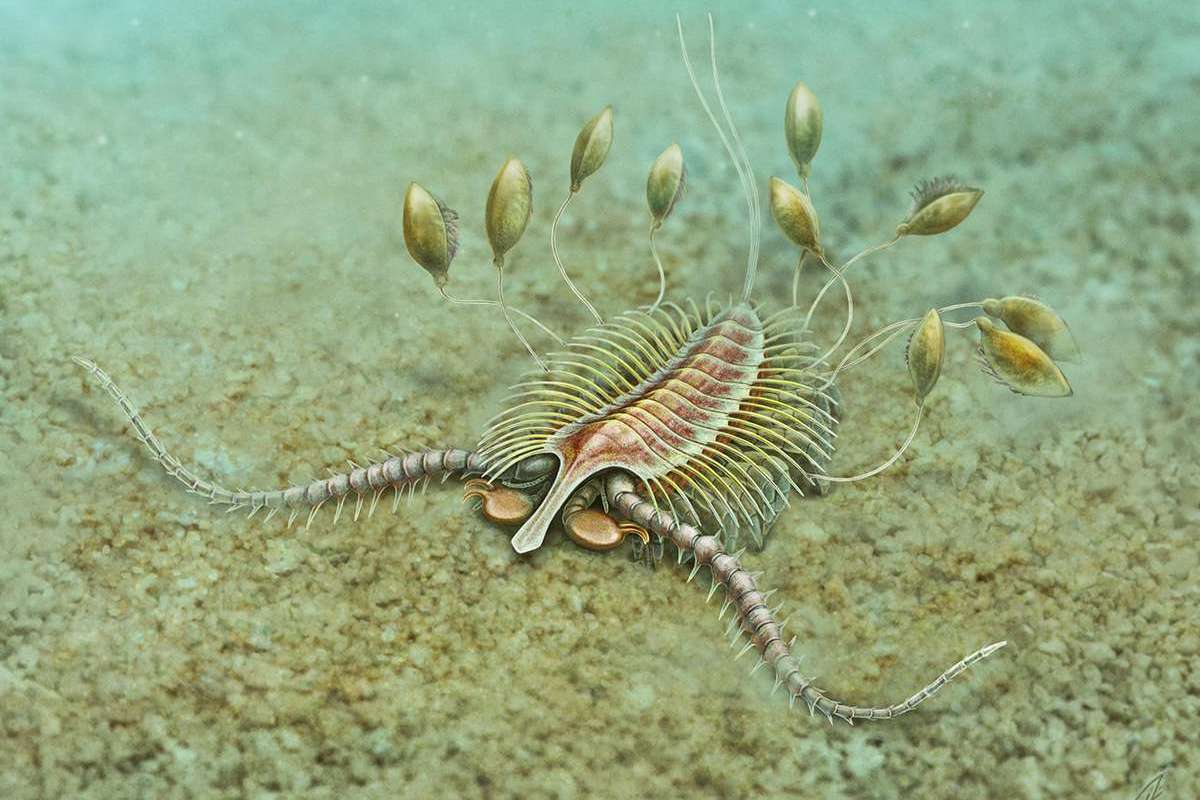