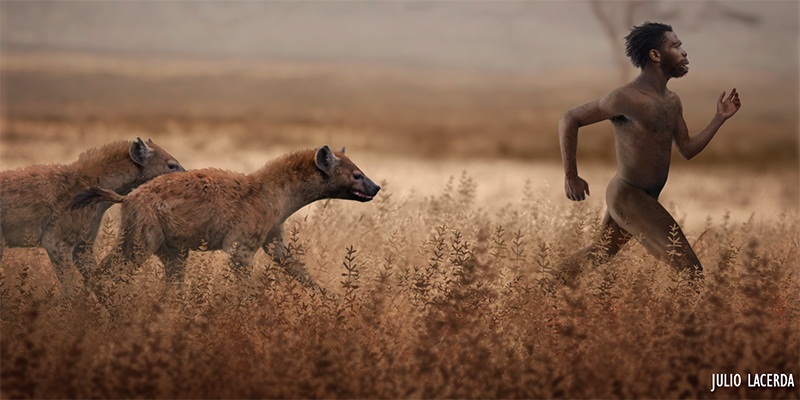 Our relatives may have been hyena food 500,000 years ago

All Posts
We pride ourselves on being the world’s greatest predators but once in our long history, we were the hunted and not the hunters. Bones from Morocco reveal the shocking tale of how some human ancestors met their match at the hands of bone-crushing teeth.

More than 500,000 years ago, during the Middle Pleistocene, a incredible event ensued in Morocco. It was an interaction between a hapless hominin or an ancestral human, and a group of fierce hunters that probably finished the unlucky human off.

The remains were discovered in a cave in Southwest Casablanca known as Grotte à Hominidés, an apt name given the contents preserved within. The site itself was known to the researchers as “Thomas Quarry I” and dates back to a part of human history known as the Acheulean. During this era, our ancestors were still making use of simple stone tools, and had not yet branched out to more complex equipment.

Remains of such tools have indeed been discovered at the site, and thus confirm its age. This remarkable find was scientifically published in the journal PLOS ONE by Camille Daujeard, Denis Geraads and colleagues from the Museum National D’Histoire Naturelle in France. The best fossil from the area, a femur, is currently being housed at the Institut National des Sciences de l'Archéologie et du Patrimoine–INSAP (Madinat Al Irfane, Rabat, Morocco. This femur shows bite marks by the predators that ate the person, although there is no indication as to whether it was active predation or scavenging. 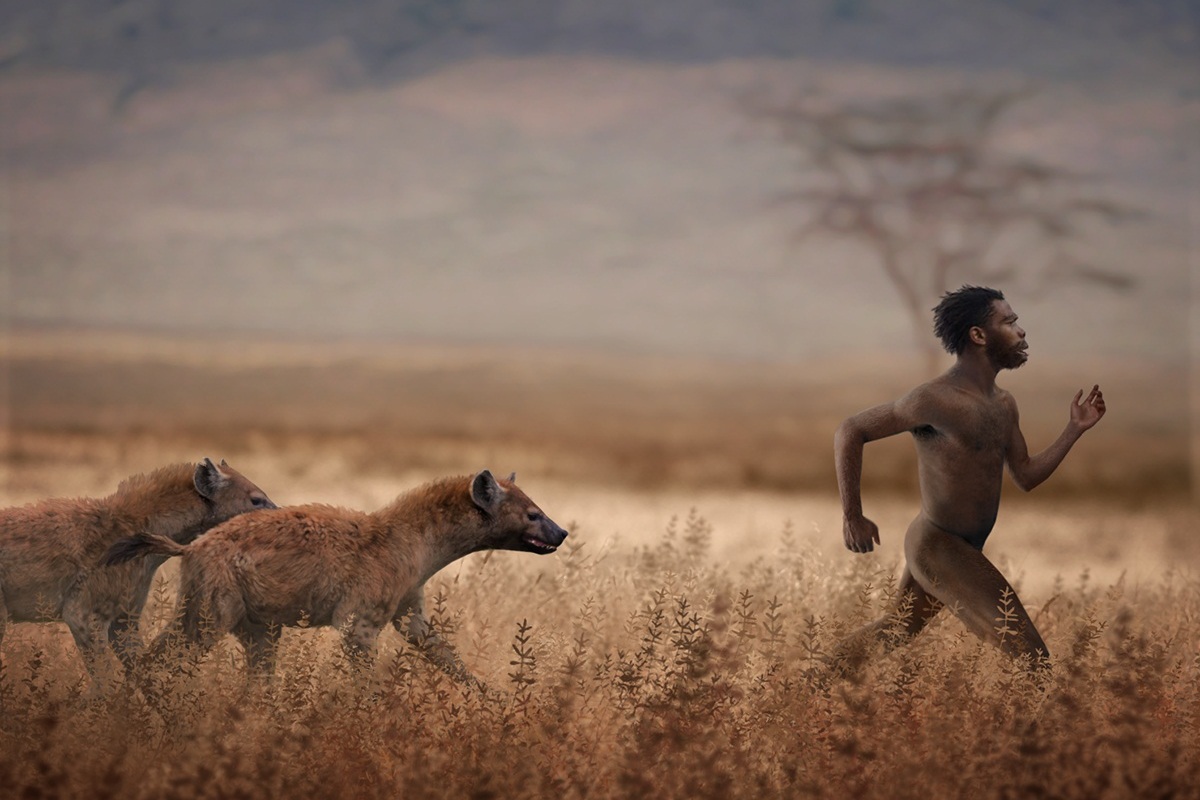 Hyenas versus hominin
A hapless human ancestor retreats as a pair of hungry hyenas pursue him through the Moroccan bush.
Julio Lacerda

Furthermore, despite the presence of stone tools there is no evidence of humans playing a role in any of the bone accumulations in the cave. Finds of fossilized dung or coprolites indicate that the carnivores might have been denning here too, gnawing on the bones quite regularly.

The research team adds that while this find may be impressive, it is one of a small minority of fossils that show a predator-prey interaction between a hominin and another animal. There have already been finds from around the world, with the paper describing finds from the famous hominid cave sites of Zhoukoudian in China and Atapuerca in Spain among others. Most of the predation here was carried out by big cats, as cut-marks and tooth marks in the human bones show.

The Moroccan find though, is more proof that human ancestors were possibly no more than part of the Pleistocene food resource of the time. The likeliest perpetrators were not big cats this time but instead were hyenas, with both spotted and striped hyenas being found at the cave locality. Several hyena dens have been found all over the world in Middle Pleistocene sites, some containing human remains as well. We have evidence of score marks on hominid bones at the famous Chinese site of Zhoukoudian, caused by hyenas yet again.

In the case of the Moroccan fossils, the hyenas might have been actively hunting the hominins or instead just collecting the bones. According to the second scenario, we can have many species of animal as the collectors. Fossils indicate a predator biomass consisting of big cats, badgers, jackals and even bears which are now extinct in Africa. The rest of the fossils indicated a typical African grassland fauna, with gazelle, buffaloes, wildebeest and baboons as the primary grazers.