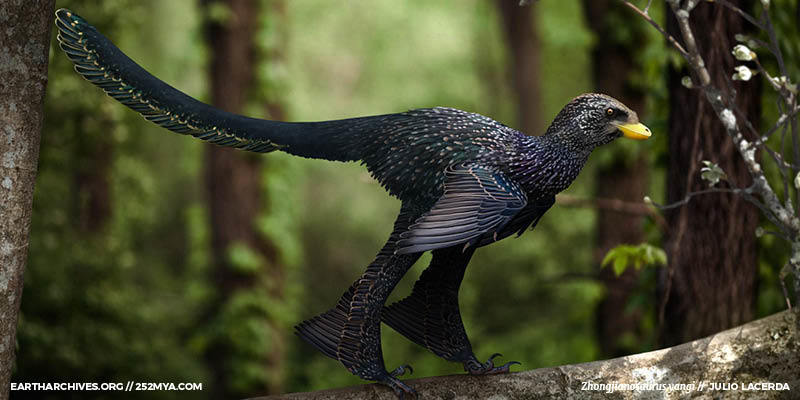 All Posts
Dromaeosaurs, feathered predators nicknamed raptors, hunted with retractable sickle-shaped claws on their feet. Most dromaeosaurs had short and stocky legs, but this roadrunner-sized raptor walked on stilt-legs. It was part of the microraptorian lineage, famous for being four-winged gliders.

The very long legs are reminiscent of living secretary birds, large African hunters who use their long legs to stomp snakes and lizards. Zhongjianosaurus is substantially smaller, and may not have used its legs and feet in the same way. No matter what its hunting strategy, its diet was probably limited to small prey items, including insects and other invertebrates 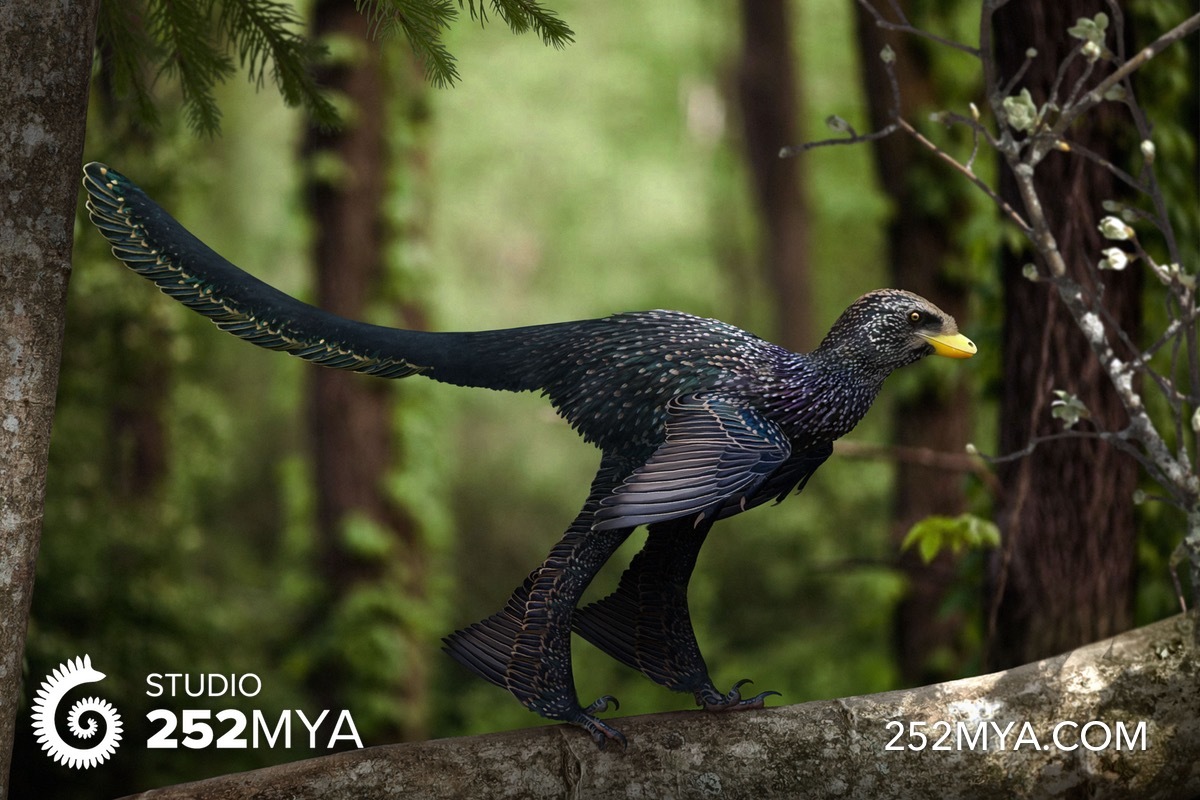 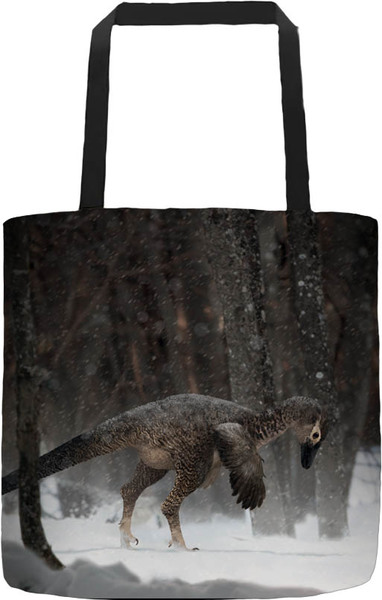 Get Julio's artwork as merchandise from 252MYA.com
Credit: Julio Lacerda

Zhongjianosaurus is known from a single partial specimen missing only the head, hips, and portions of the feet. It is notable for its small size, compact body, and extremely long legs. Zhongjianosaurus stood about 25 cm (10 inches) tall at the hips, and from nose to tail-tip would measure just 70 cm (28 inches). Xu and Qin estimate that it would have weighed just 310 g (11 ounces).  This would have made Zhongjianosaurus slightly larger, but lighter than living roadrunners. The authors note that the specimen had reached skeletal maturity, and was at its adult size.

Zhongjianosaurus was found in rocks of the Yixian Formation located in Liaoning in the northeast of China. The Yixian Formation was formed in a temperate forested environment, dotted with numerous lakes and swampy areas. It's a type of fossil locality known as a lagerstätte, which yield exceptionally preserved fossils, often with soft tissues. The Yixian is famous for yielding thousands of specimens of ancient birds and other feathered dinosaurs.

A large number of dromaeosaurids have been discovered in the Yixian Formation. Although they are all closely related, each species bears unique anatomical features indicating that they filled different ecological niches with some focusing on medium sized dinosaurs and some focusing on small prey, some firmly bound to the Earth and some gliding between branches.

Tiny Zhongjianosaurus takes its place as one of the most distinctive dinosaurs known from the Yixian Formation and contributes to our knwledge of the animals that live there. Although extensive expeditions have been taking place for over twenty years, spectacular new finds are still being made, and will be continue to be made.


Related Stories
Paleontologists find fossil bird with iridescent feathers
The evolution of plants part 4: A tale of flowers and seeds
Jianianhualong, the dinosaur with feathers made for flying
Giant dinosaur footprint discovered in Bolivia
Gualicho - A tyrannosaur mimic from Patagonia
http://sulc.us/hla5q
http://www.eartharchives.org/articles/tiny-stilt-raptor-hunted-in-china-125-million-years-ago/