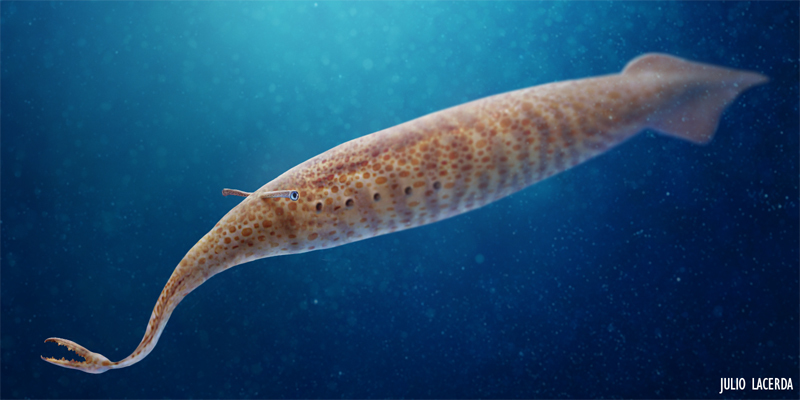 All Posts
The 300-million-year-old enigma looks like a sci-fi squid with claw. Scientists have finally figured out its place on the tree of life.

In 1958, Francis Tully, an amateur fossil collector, took a bizarre fossil he discovered to the Field Museum for identification. It resembled a foot-long squid with eyes on stalks and a long, skinny trunk that ends with a claw. Nobody at the museum could figure out what it was, or even guess which group of animal it was related to.

Little did they know, the creature dubbed as Tullimonstrum gregarium—literally Tully Monster—turned out to be a big part of its ecosystem. The Field Museum eventually ended up with over 2,000 specimens, which scientists used as reference to crack the mystery.

In a paper published in Nature, the team suggested that Tullimonstrum is in fact a jawless fish, related to today’s blood-sucking lampreys. The digitization of specimens has revealed one particular line running down the middle of each fossil’s body—a notochord, the foundation of backbones—and primitive gill pouches that are only visible on specimens that died on their sides. 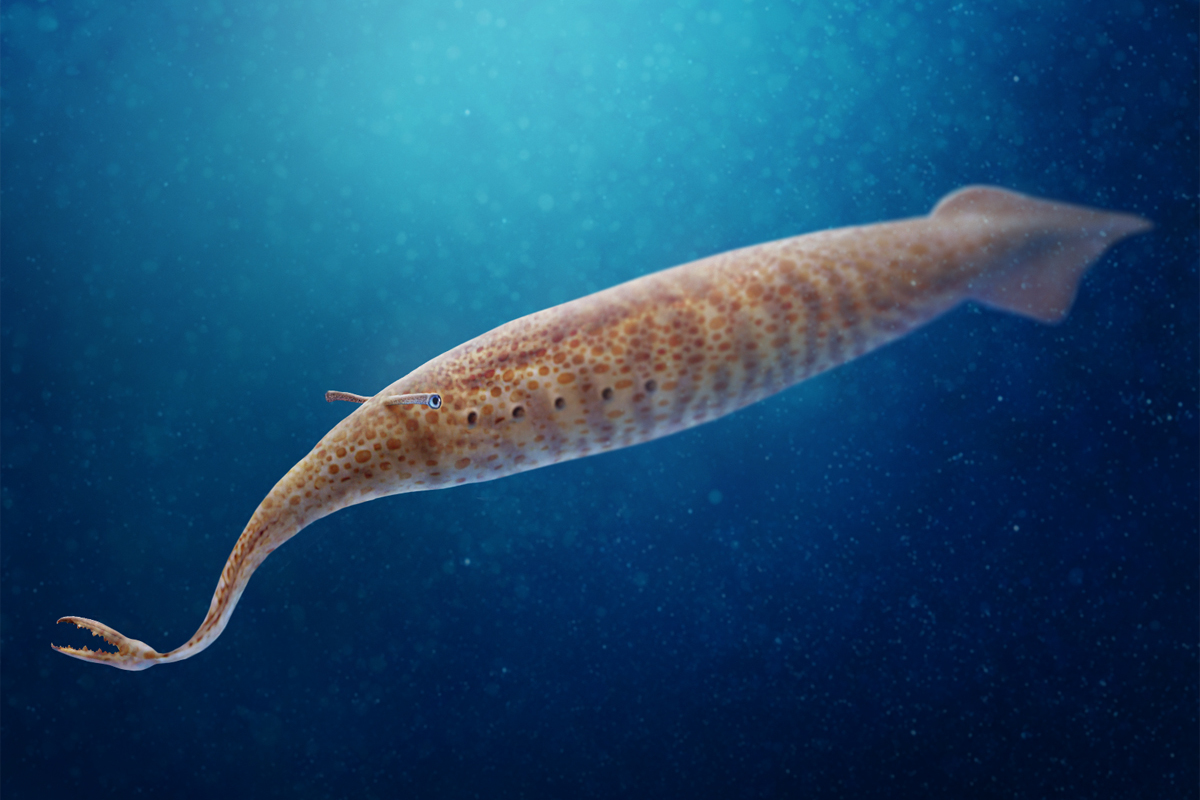 This finding consolidates the role of museums and collections in expanding our knowledge about nature. Half a century later, the monster that has long puzzled scientists and captured children’s imagination is identified at last, thanks to the combined effort of paleontologists and researchers and the advancement of technology.