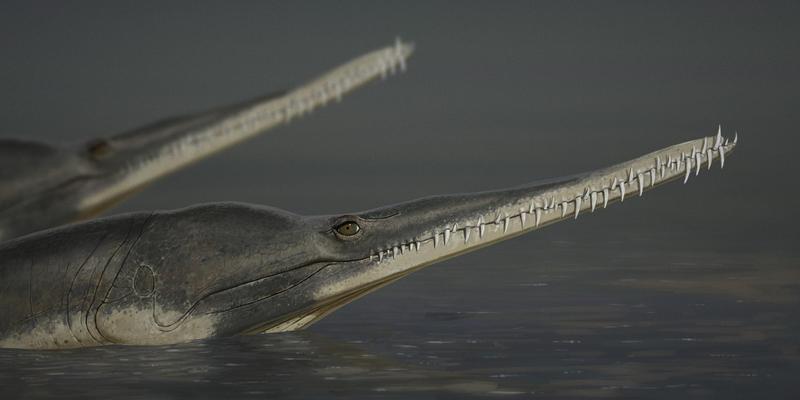 almost 6 years ago by Nick Garland

All Posts
From the ichthyosaurs to the mosasaurs to the plesiosaurs, the marine reptiles of the Mesozoic were an interesting group of animals. Dolichorhynchops wasn’t the biggest but it sure packed a mean set of chompers.

The story of Dolichorhynchops starts with the Sternbergs. The most famous fossil collecting family of all time, save perhaps the Leakeys, the Sternbergs originally worked for both of the famous Dino Wars personalities Edward Drinker Cope and Othniel Charles Marsh. The team of Charles Sternberg and his three sons were responsible for discovering so many of the most famous fossils of the United States and Canada.

One of those discoveries was Dolichorhynchops, found in Kansas in 1900. It was a short-necked plesiosaur, a group of marine reptiles that plied the seas worldwide during the age of the dinosaurs. Dolichorhynchops was about 10 feet long with a stout frame and four large limbs shaped like paddles, each one with many bones. Numerous pointy teeth lined the jaws of its long mouth, perfect for catching fish, which it swallowed whole. A set of huge eyes made it a formidable fisher.

But predator was often prey for another marine reptile during the Cretaceous Period. A juvenile Dolichorhynchops has been found in the belly of a fossil Tylosaurus, another marine reptile that grew upward of 45 feet long and belonging to a group called the mosasaurs. Mosasaurs are ancient relatives of modern-day monitor lizards and snakes.

But even the mosasaurs couldn’t escape eventual annihilation. All the marine reptiles of the Mesozoic including Dolichorhynchops went extinct at the end of the Cretaceous, along with the dinosaurs.

Special thanks to John Conway for the main image.
You can see more of his awesome art here.