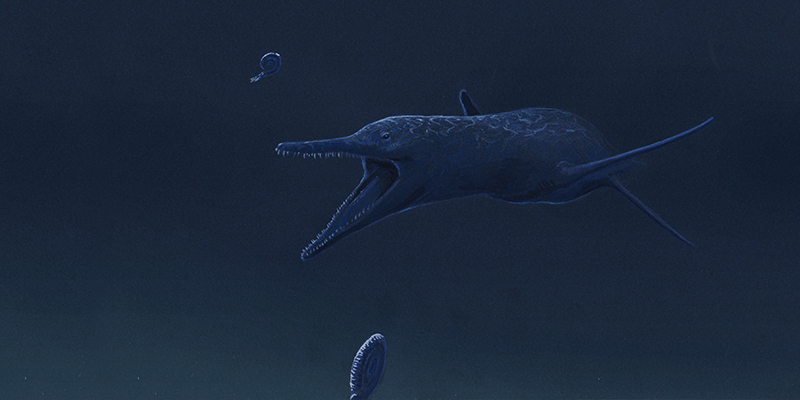 All Posts
Throughout most of the Mesozoic, the seas were inhabited by various groups of marine reptiles, one of them being the long-necked plesiosaurs. One sub-group of the reptiles called the pliosaurs, known for their relatively shorter necks, were apex predators during the Middle to Late Jurassic.

At the end of the Jurassic most of them disappeared, leaving only one known lineage swimming in the early days of the Cretaceous. Unfortunately, the fossil record of Early Cretaceous pliosaurs is relatively poor, leaving a gap in the evolutionary history of the group.

Therefore, the discovery of one new pliosaur from the Early Cretaceous of Russia is considered significant by researchers. This new fossil is named Makhaira rossica after the Greek curved blade and the word rossica for Russia. Despite its smaller size compared to most other Cretaceous pliosaurs which lived after it, Makhaira showed unique dental adaptations. Instead of being similar to its Jurassic counterparts, the serration on the side of its teeth superficially resembled ones found in Theropod dinosaurs or a group of marine crocodile ancestors called thalattosuchians instead.

Such adaptation suggests that despite its relatively small size at 4.5 m (15 ft), Makhaira preyed on larger animals just like its Jurassic relatives. This also hinted that after the absence of the gigantic pliosaurs at the beginning of the Cretaceous, the smaller surviving relatives diversified to explore the empty niches which eventually led to the dominant group of very short-necked pliosaurs called the Brachaucheninae.